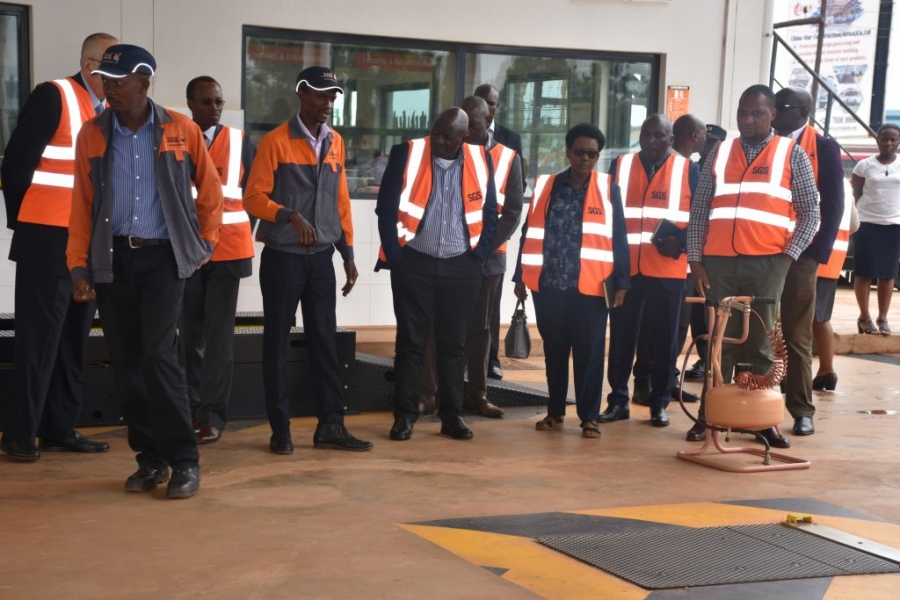 This visit followed Cabinet’s approval of the mandatory and periodic motor vehicle inspection services. Cabinet was in the view that this would improve road safety by ensuring a sound fleet of vehicles on the road. It would also contribute to direct employment opportunities, sustainable environmental protection and also ease the monitoring of the vehicles in the country.

In March 2015, Ministry of Works and Transport awarded SGS a contract to carry out vehicle inspections countrywide on its behalf. The vehicle inspection exercise is carried out under “Safe Drive Uganda” – a road safety measure intended to ensure vehicle roadworthiness and reduce carnage on Ugandan roads.

This mandatory and periodic exercise is aimed at improving road safety by ensuring that motor vehicles are roadworthy and that drivers use safe and well-maintained vehicles. Environmental conservation is an additional goal to prevent vehicle emissions; one of the main sources of air pollution in Uganda.

In addition, mobile units will cover several upcountry locations with sparse vehicle populations to reduce the distance vehicle owners have to travel to the nearest inspection station.
SGS conducts almost 44 million vehicle inspections worldwide for both emissions and roadworthiness.