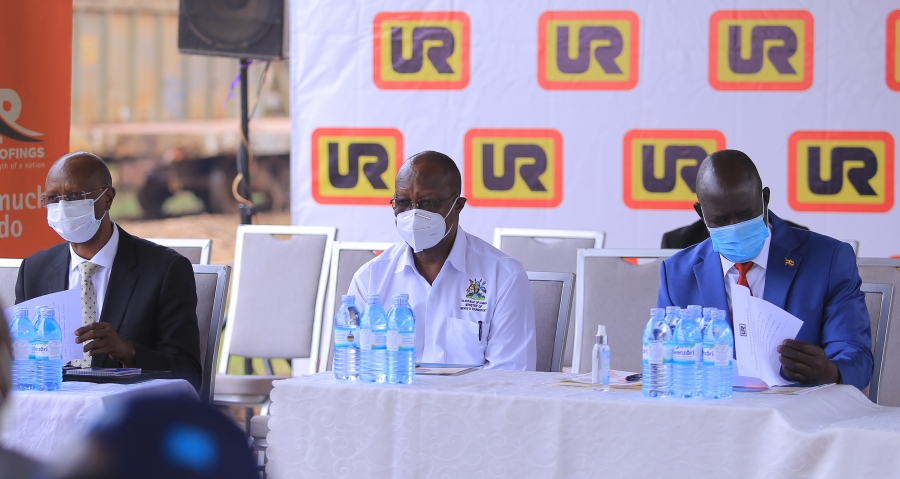 The Uganda Railways Corporation on Friday 03rd September unveiled 4 new modern locomotives that will be added to support the available locomotives to rail cargo to and from Kampala-Malaba-Eldoret/Naivasha.

The four locomotives with 3000 horsepower diesel engines were purchased from a South African manufacturer, Grindrond Rail at a cost of 48billion Uganda shillings. They have a minimum haulage of 750 tons and a maximum of 1500tons, with a lifespan of 35 to 40 years.

State Minister for Works, Hon. Musa Ecweru presided over the unveiling and handover ceremony at the URC headquarters. He noted that the URC had suffered great setbacks but has been resilient. The Minister further pointed to the fact that Uganda government had resolved to revitalize the old meter gauge and as such the new locomotives will be a great boost to the Corporation’s cargo haulage.

“The government will support the vision of URC to reduce the burden on the road and damages caused by heavy trucks”, said Hon. Ecweru.

The locomotives are expected to reduce transit time from Malaba to Kampala from 48hrs to 12hrs, increase volume hauled at a go from 600 to 1500 metric tons and increase the anticipated volume per month to 40,000-60,000metric tons.

Rehabilitation works are ongoing on the Tororo-Gulu line as well as the Kampala-Malaba line as part of government efforts to revitalize the meter gauge.

The freight costs for both import and export of containerized cargo is not only much cheaper, but also safer and faster via rail in comparison to rad transportation. 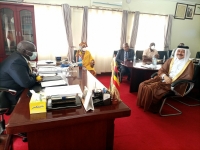 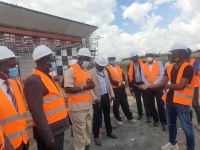